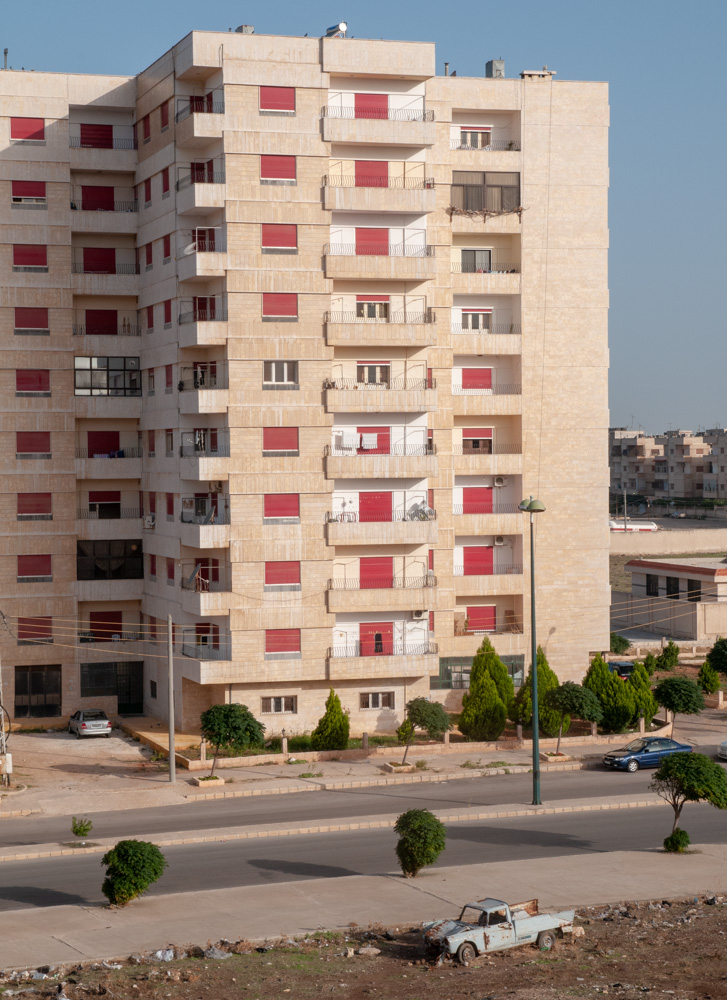 I – a stranger on a bicycle lost on the streets of Homs – asked him if he knew of any internet café nearby. He – a tailor in his early twenties – invited me into his life and his hometown. A couple of hours after our random meeting, we stood in one of his family’s apartments in the outskirts of town, and Masoud handed me the keys. In the unfurnished seven rooms, I was given space and peace to sleep off the desert heat.

I stayed for three days. Masoud was busy preparing for his own wedding, scheduled for only a week later, yet dedicated much of his time to the unexpected guest. During daytime, he drove me around to help arrange practicalities ahead of my upcoming cycling to Damascus; showed me more of town and took me to visit his friends and family.

In three days, Masoud etched Homs into my heart. Each time I have seen the news from Syria, Masoud has been right there in my thoughts. I have tried to reach him during these five years, but without luck.

Yesterday, I received words from him. He and his family are trapped since two years in a refugee camp somewhere North of the capital. He tells me how no-one knows the end of it; the time when they may return home and life may resume. His words are as straight-forward and heartful as when I last met him. There are no favours asked – but rather words of common humanity; of feeling blessed by our friendship. Maybe the same blessing that I feel: to know that there is yet somone who is looking for something more humane than what we have.